This year, as in 2018, we have been erecting signs to protect ground-nesting birds at popular places in the Severn and Avon Vales, asking ramblers and dog-walkers to keep to footpaths and to keep their animals under control. The signs have been produced with financial support from the Gloucestershire Naturalists’ Society. In February, we erected signs on Upton Ham in Worcestershire, with the support of the local farmers and the Upton Town Council. Articles calling on visitors to help protect the site have been published in the local newspaper and on the town Facebook page.

Now, in early March, signs have been erected on the Severn Ham at Tewkesbury, in Gloucestershire, in cooperation with the Tewkesbury Town Council. Both sites are riverside meadows, Sites of Special Scientific Interest, subject to flooding in winter, widely used and enjoyed by local residents and visitors from outside the towns. It is planned to put up similar signs on other sensitive sites in the Severn and Avon Vales. 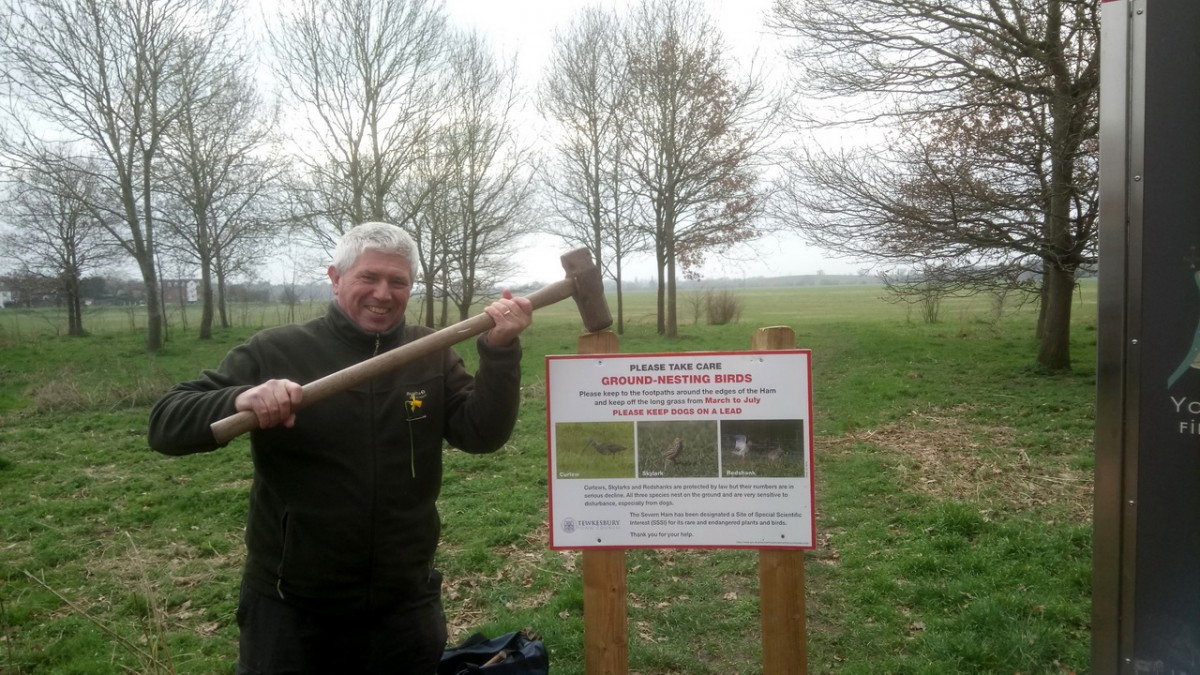