The old Gloster Aircraft Company airfield between Abbeymead and Brockworth has a number of areas of old and undisturbed grassland between the housing and the retail / commercial sites on either side of the site; there are several small ponds and a network of drainage ditches and the area still holds some wildlife including Dragonflies, Skylarks and other gems in the habitats that remain.

Over the past few weeks I have seen the two Roe Deer in the photographs below grazing unconcernedly whilst the daily lives of the humans that surround them go on unabated. They seem not to be worried by the traffic and only show signs of wariness when dog walkers appear. 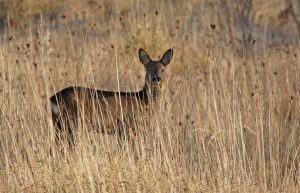 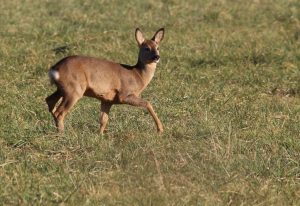